A version of this article was published on NBC News.

Lincoln College is scheduled to close its doors Friday, becoming the first U.S. institution of higher learning to shut down in part due to a ransomware attack.

A goodbye note posted to the school’s website said that it survived both World Wars, the Spanish flu, and the Great Depression, but was unable to handle the combination of the Covid pandemic and a severe ransomware attack in December that took months to remedy.

“Lincoln College was a victim of a cyberattack in December 2021 that thwarted admissions activities and hindered access to all institutional data, creating an unclear picture of Fall 2022 enrollment projections,” the school wrote in its announcement. “All systems required for recruitment, retention, and fundraising efforts were inoperable. Fortunately, no personal identifying information was exposed. Once fully restored in March 2022, the projections displayed significant enrollment shortfalls, requiring a transformational donation or partnership to sustain Lincoln College beyond the current semester.”

The Illinois school, which is named after President Abraham Lincoln and broke ground on his birthday in 1865, is one of only a handful of rural American colleges that qualify as predominantly Black institutions by the Department of Education.

The Benefits of Communications as a Service

The Best Remote Collaboration Tools for Connecting Your Telework Team

A Guide to Mitigating Cyberthreats 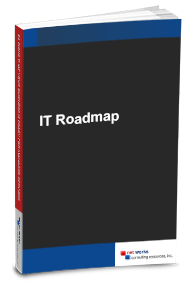 Sign up for Net Works Tech News and receive a monthly email from us with information to keep you up-to-date with happenings and advancements in technology.